Which Drugs Can Be Used Concurrently with Trazodone During & After Tibial Plateau-Leveling Osteotomy?

Carrie Davis, DVM, DACVAA, works at Animal Imaging in Irving, Texas, where she provides small animal and equine specialty anesthesia care. Dr. Davis earned her DVM from The Ohio State University before completing a one-year rotating small animal internship at Carolina Veterinary Specialists. She spent the next 9 years as an emergency room clinician, then completed a residency at University of Tennessee.

Karen M. Tobias, DVM, MS, DACVS, is a professor of small animal soft tissue surgery and a board-certified surgeon at University of Tennessee. She earned her DVM from University of Illinois, completed an internship at Purdue University, and completed a residency at The Ohio State University, where she also earned her MS. Dr. Tobias has published more than 120 scientific articles and book chapters and is the author of Manual of Small Animal Soft Tissue Surgery, coeditor of Veterinary Surgery: Small Animal, and coauthor of Atlas of Ear Diseases of the Dog and Cat. 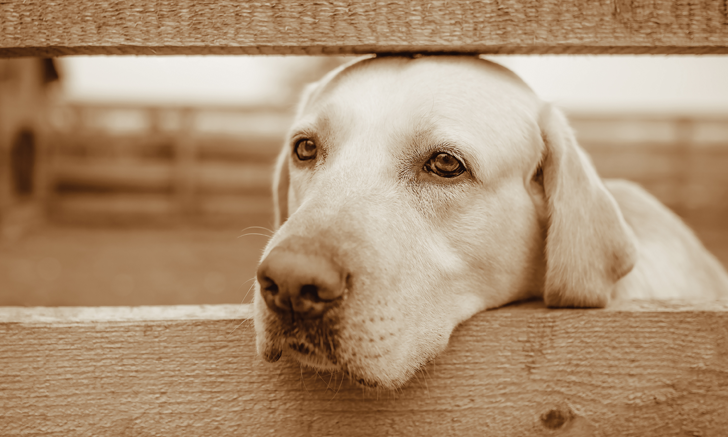 Sirius, a 9-year-old neutered male Labrador retriever, is presented for surgical management of a right cranial cruciate ligament rupture. He has had previously identified episodes of anorexia, nausea, and anxiety. In addition, he has been treated with oral acepromazine for storm phobia intermittently for the past 2 years and currently receives oral amitriptyline for separation anxiety. He also has a history of atopic dermatitis, for which he receives hydroxyzine. He is currently on monthly heartworm and flea prevention. Physical examination is within normal limits except for right stifle swelling and pain. Thoracic radiography, CBC, serum chemistry profile, and urinalysis findings are within normal limits. Sirius will undergo anesthetic induction for tibial plateau-leveling osteotomy. The surgeon has prescribed trazodone during the procedure, and drug administration will be continued at home to facilitate exercise restriction and decrease anxiety.

Which of the following drugs would be appropriate to use concurrently with trazodone in this patient?

Based on the information provided, how would you grade the following drugs and why?

Do Not Use Proceed with Caution Safe

The following represents the best responses based on drug metabolism, pharmacokinetics, species, diagnostic differentials, clinical and laboratory data, and other pertinent findings.

Although use of acepromazine is of minimal risk to this otherwise healthy patient, when the drug is used in combination with trazodone, lower doses of acepromazine should be recommended to lessen the likelihood of hypotension during surgery.2

Correct ResponseSafeHydromorphone, a pure µ-opioid agonist used for analgesia, should be safe to administer concurrently with trazodone.

Correct ResponseSafePropofol is a γ-aminobutyric acid (GABA)-A neurotransmitter receptor agonist commonly used as a sedative and induction agent. Although propofol may induce vasodilation, it is metabolized quickly and thus should be safe to administer concurrently with trazodone.

Correct ResponseSafeIsoflurane is the most common inhalation agent used for maintenance of anesthesia in veterinary medicine. This drug has effects on GABA receptors, N-methyl-d-aspartate receptors, and glycine receptors. Isoflurane causes dose-dependent hypotension; however, because of its low lipid solubility, it is metabolized quickly and thus should be safe to administer to orthopedic surgical patients concurrently with trazodone.

Correct ResponseSafeCefazolin, a β-lactam antibiotic that leads to bacterial cell lysis, should be safe to administer concurrently with trazodone.

Correct ResponseCautionKetoconazole is an antifungal drug that also inhibits cytochrome P450 3A (CYP3A) metabolism of multiple drugs, including trazodone. By inhibiting this enzyme pathway, there is potential to increase trazodone plasma concentrations, which could result in serotonin syndrome. Therefore, CYP3A-inhibitor drugs should be used with caution in dogs receiving trazodone. Other CYP3A inhibitors commonly used in dogs include erythromycin, clarithromycin, and itraconazole.

Correct ResponseSafeMaropitant, a neurokinin-1 receptor antagonist, is commonly prescribed for its antiemetic effect in the perioperative period. Because it works on a different receptor than does trazodone, maropitant is considered safe to use concurrently.

Correct ResponseCautionMirtazapine is primarily used as an appetite stimulant and antiemetic. It is important to recognize that mirtazapine antagonizes several receptors, including serotonin receptor subtypes, with resultant increased serotonin levels. Because of the risk for serotonin syndrome, mirtazapine should be used with caution in dogs receiving trazodone.3,4

Correct ResponseCautionHydroxyzine, an antihistamine used for the treatment of allergies, is an antagonist of serotonin (5-hydroxytryptamine [5-HT]) receptors, specifically 5-HT2A. Because it may increase the risk for serotonin syndrome, hydroxyzine should be used with caution in dogs receiving trazodone.2,3

Correct ResponseCautionAmitriptyline is a tricyclic antidepressant and therefore should be used with caution in dogs receiving trazodone, as amitriptyline can increase serotonin concentrations, resulting in serotonin syndrome.2,3,5,6

Correct ResponseSafeOmeprazole is a proton pump inhibitor used for the treatment of GI ulcers. It is safe to use in dogs receiving trazodone.

Correct ResponseCautionTramadol is commonly prescribed for the potential analgesic effects provided by its parent compound and its metabolites as µ-receptor agonists. However, tramadol also inhibits the reuptake of serotonin and norepinephrine.7 Therefore, use of tramadol in dogs receiving trazodone could lead to increased concentrations of serotonin and resultant serotonin syndrome (see Mechanism of Action).3,8

Correct ResponseSafeCarprofen is an NSAID used to treat pain and inflammation. Several case studies reported no complications when trazodone was administered to dogs receiving NSAIDs for postoperative pain.2,5,8

Correct ResponseSafeTylenol #4 is acetaminophen with codeine. Acetaminophen has antipyretic and analgesic properties, and codeine is a pure µ-opioid agonist used for pain relief. Opioids may cause histamine release, resulting in hypotension. However, in an otherwise healthy dog, Tylenol #4 should be safe to administer with trazodone.

Correct ResponseSafeIvermectin is an antiparasitic agent that works on glutamate-gated chloride ion channels. It is also a GABA agonist. Ivermectin should be safe to administer with trazodone in this patient.

Correct Response Do Not UseMonoamine oxidase inhibitors (MAOIs; eg, amitraz, isocarboxazid, phenelzine, selegiline, tranylcypromine) are antidepressants primarily prescribed for humans; they are infrequently used in dogs, but of the MAOIs that are used, selegiline is the most common. The main function of monoamine oxidase is to break down dopamine, norepinephrine, and serotonin. MAOIs work by blocking these enzymes, causing an increase in serotonin concentration and other neurotransmitters in the brain.2,3,7 Although MAOIs are not commonly used in dogs, it is important to know that concurrent use of trazodone and MAOIs is contraindicated because of the resultant increase in serotonin concentration and risk for serotonin syndrome.2,3,7

Correct ResponseSafeGabapentin is an anticonvulsant agent that is also used to treat neuropathic pain. Although its mechanism of action is not well understood, it is known to involve inhibition of the α2δ-1 subunit of voltage-gated calcium channels. Because gabapentin’s mechanism of action differs from that of trazodone, it is considered safe to use concurrently.2,9

Trazodone, an antidepressant used to treat anxiety in dogs, antagonizes 5-HT2A receptors2 and inhibits serotonin reuptake.1,10 The drug also antagonizes α1-adrenergic receptors, causing some vasodilatory effects, as well as histamine 1 receptors and T-type calcium channels, which could potentially result in adverse cardiovascular effects.10 The anxiolytic properties of trazodone seem to be related to the receptor site activities, which alter serotonin concentrations.1 The neurotransmitter serotonin is primarily found in the GI tract, platelets, and CNS.3

Plasma concentrations of trazodone may increase when the drug is administered in combination with drugs that are selective serotonin reuptake inhibitors and tricyclic antidepressants; if concentrations subsequently increase excessively in the CNS, serotonin syndrome may develop.7 Signs of serotonin syndrome include confusion, agitation, hyperthermia, tachycardia, seizures, ataxia, tremors, myoclonus, coma, diarrhea, vomiting, inappetence, and hyper- or hypotension.3,8,11

Listen as host Alyssa Watson, DVM, talks with the authors of your favorite Clinician’s Brief articles. Dig deeper and explore the conversations behind the content here.