M. Katherine Tolbert, DVM, PhD, DACVIM (SAIM), is a clinical associate professor at Texas A&M University. She earned her DVM and completed a small animal internship at University of Georgia. She then completed a small animal internal medicine residency and earned her PhD in comparative biomedical sciences at North Carolina State University. Dr. Tolbert was previously on faculty at University of Tennessee and consulted for its GI laboratory. Her clinical research program is focused on small animal gastroenterology, with a specific interest in the efficacy of gastroprotectants and the rationale for their use in the treatment of acid-related disorders, organ failure, neoplasia, and inflammatory diseases in companion animals. Her basic science research program is dedicated to characterizing the pathogenic mechanisms and exploring novel therapies. 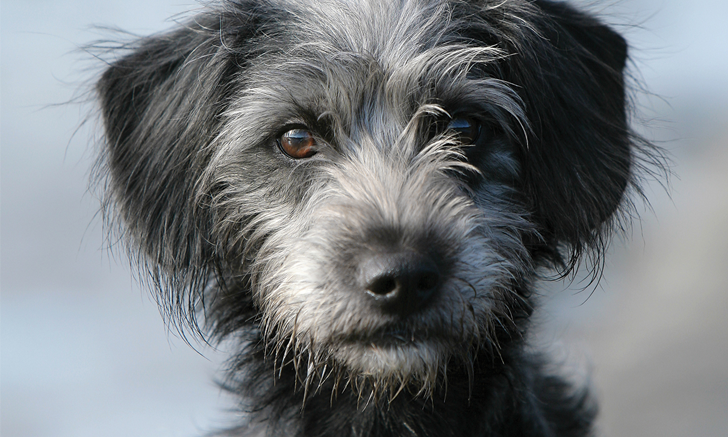 Romeo had a history of left cranial cruciate ligament rupture that had been conservatively and nonsurgically managed with deracoxib (1.4 mg/kg PO q24h) for the year prior to presentation for a bladder tumor; CBC and serum chemistry profile performed about a month between each visit were unremarkable (Table). His owners reported no problems, and he had a normal appetite with no history of vomiting or diarrhea.

On physical examination, Romeo was bright, alert, and responsive. The only remarkable findings were left pelvic limb lameness and medial buttress of the left stifle. No abnormalities were noted on fundic examination, no pain was elicited on abdominal palpation, and rectal examination was unremarkable, with normal stool consistency and color.

An increase in BUN and BUN:creatinine ratio levels was observed over ≈5 months prior to presentation for recheck evaluation. Because Romeo was able to tolerate deracoxib and had no outwardly detectable adverse effects from NSAID administration, his increased BUN was initially attributed to GI injury secondary to chemotherapy and radiation therapy, but no improvement was shown with omeprazole and sucralfate treatment following chemotherapy. Deracoxib was continued because of the severity of Romeo’s orthopedic disease and potential benefits of cyclooxygenase-2 inhibition in the treatment of bladder carcinomas. Although Romeo was clinically healthy, his BUN levels continued to increase following cessation of radiation therapy and during the weeks in which chemotherapy was not administered. He was treated with sucralfate slurry (500 mg PO q8h) and omeprazole (1 mg/kg PO q12h) for 2 weeks, and CBC and serum chemistry profile were evaluated at regular intervals; however, his BUN and BUN:creatinine levels continued to increase. A video capsule endoscopy (VCE) was performed to investigate the possibility of subclinical GI bleeding and revealed multiple hemorrhages in the distal small intestine (Figure; see Treatment at a Glance). Treatment with deracoxib was discontinued after VCE was performed.

VCE has been used in dogs with unexplained causes of microcytosis, iron-deficiency anemia, or hypoalbuminemia to determine whether the cause was related to GI bleeding.1 VCE should be reserved for dogs weighing >9.5 lb (4.3 kg) because the size of the capsule restricts its use in smaller dogs. VCE is not recommended in cats, even those weighing >9 lb (4 kg), because of gastric retention of the capsule. The sensitivity of VCE for detection of the source of GI bleeding in dogs is unknown but is likely less than that of traditional endoscopy; thus, VCE should only be used when more sensitive measures for detection of GI bleeding are unavailable.

TREATMENT AT A GLANCE

At the 6-month follow-up after deracoxib was discontinued, Romeo had no evidence of GI bleeding and was still undergoing chemotherapy treatment for his bladder tumor. Because the GI bleeding was identified early and deracoxib was withdrawn, a good resolution is expected for Romeo’s NSAID-induced adverse effects.

Adverse GI effects (eg, vomiting, diarrhea) are relatively common with NSAID administration in dogs, but less common adverse effects (eg, GI bleeding) may not always be detectable by the owner. Patients with multiple risk factors (eg, older dogs, dogs with comorbidities) are likely at increased risk. Early detection and treatment and, when possible, discontinuation of the NSAID can help ensure a good prognosis in dogs with NSAID-induced GI adverse effects (see Take-Home Messages).