Thomas Schermerhorn, VMD, DACVIM (SAIM), is a professor of small animal medicine and the Morgan K “Al” Jarvis Chair of Veterinary Medicine at Kansas State University, where his laboratory focuses on cellular and molecular endocrinology, particularly the study of diabetes mellitus and related metabolic disorders in dogs and cats. Dr. Schermerhorn earned his veterinary degree at University of Pennsylvania. He also completed a medical internship at South Shore Veterinary Associates in South Weymouth, Massachusetts, and a residency in small animal internal medicine at Cornell University, where he also received research training as a graduate fellow in the department of molecular medicine. His clinical interests are in canine and feline endocrinology, particularly diabetes mellitus. 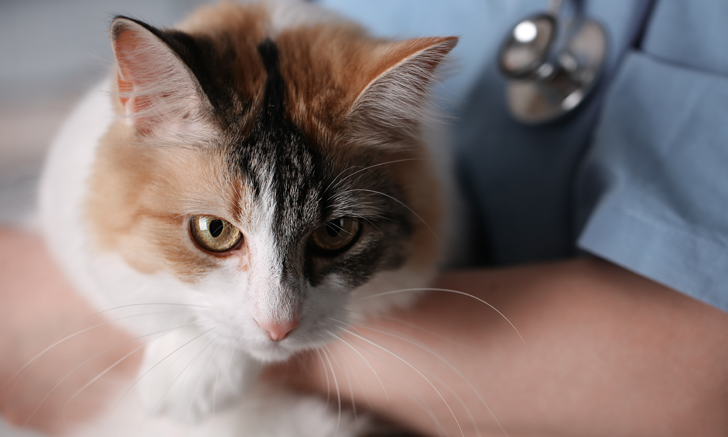 Diabetic ketoacidosis (DKA) is a complicated presentation of diabetes characterized by hyperglycemia and hyperketonemia. Cats with DKA are often presented with severe metabolic disturbances, including volume deficit, electrolyte abnormalities, and metabolic acidosis. Affected cats are often critically ill on presentation and require aggressive treatment to survive.

Principal goals when beginning treatment should include volume replacement and administration of insulin to address hyperglycemia and arrest ketone production, which has traditionally been achieved using a short-acting insulin formulation administered via intermittent injection or CRI. Various protocols using regular or another short-acting insulin formulation with or without the addition of insulin glargine have been successfully used to treat DKA in cats.

This study compared 2 insulin protocols for the initial treatment of cats with DKA. Standardized clinical criteria were used to diagnose DKA in 20 cats. Cats were then randomly selected to receive either a standard regular insulin CRI or an alternative protocol of insulin glargine given via intermittent injection (basal-bolus protocol). Insulin glargine was initially given at 2 Units/cat SC, then given at 1 Unit/cat IM after 2 hours, and continued at 1 Unit/cat IM every 4 hours if glucose remained >250 mg/dL.

Time between initiation of insulin treatment and improvement in hyperglycemia was significantly shorter in cats receiving the basal-bolus glargine insulin protocol; hospital stay was also significantly shorter compared with cats receiving only regular insulin. Although there was no difference between protocols for time to resolution of ketonemia, which was the main outcome the study intended to measure, the study may have been underpowered to make this determination.

Studies that examine clinically relevant outcomes following specific interventions are needed in veterinary endocrinology. Regular insulin given via CRI (alternatively, via intermittent injection) is the most common protocol for early insulin replacement in cats with DKA. Other short-acting insulins (eg, insulin lispro) as a CRI or intermittent injection have been reported, however, and several studies had good outcomes with use of a long-acting insulin (usually glargine).1-3

Key pearls to put into practice:

Higher costs associated with insulin glargine may be offset by faster clinical improvement and shortened hospital stay. For cats managed with glargine, the insulin prescribed for in-hospital use can be dispensed for at-home use.

The glargine protocol in this study appears to be safe and effective for controlling hyperglycemia and hyperketonemia in cats with DKA. Regardless of the insulin protocol selected, success requires effective management of fluid balance, electrolyte disturbances, acidosis, and any concurrent disorders.

Clinician's Brief:
The Podcast
Listen as host Alyssa Watson, DVM, talks with the authors of your favorite Clinician’s Brief articles. Dig deeper and explore the conversations behind the content here.